#168 Dr Reddy’s and Cipla launching BMS’ cancer generics in the US; Africa building a whole lot of drug manufacturing units

Hello, and welcome back to The Kable. You might recall Theranos, the biotech darling of Silicon Valley that promised to revolutionise blood testing and ended up with the founders in prison. Theranos' founder Elizabeth Holmes is now requesting a retrial. But there is something to be said for American entrepreneurship when somebody else used more or less the exact same copybook, resulting in the exact same outcome. Meanwhile, in Pakistan, one bit of "good news" from the recent flooding: a new inland lake is forming in the Sindh province. In The Gambia, dozens of children have died, and officials are investigating if paracetamol syrup has something to do with it.

Newsworthy
Looking back at 2016. The UN released the new Human Development Index (HDI) report today. And for the first time since the HDI was devised in 1992, it has declined globally for a second consecutive year. Thanks to the pandemic, living standards have regressed to what they were in 2016. Now, the HDI tracks life expectancy, education and income per person. And all three have obviously been affected by the pandemic. What is distressing though, is the scale of disparity, with LMICs once again bearing the brunt of it all. Especially with Covid vaccinations not reaching nations in Africa and South America, the end of the pandemic will not necessarily see these regions bounce back in the HDI. Routine immunisations have been impacted, and diseases are making a comeback, fortified with resistance.
(UNDP)

Take a deep breath. Air pollution kills nearly 7 million people around the world every year. Once again, low- and middle-income countries account for the vast majority (90%) of these deaths. The WHO also recently released data showing that almost everybody in the world is now breathing polluted air. The agency has released a new set of resources for air quality management, prioritising the reduction of air pollutants. Duh. For those reading this, there is a huge market for intra-nasal air filters.
(WHO)

Some species deserve extinction. All the news on the malaria front seems to be good news lately. Yesterday, GSK's vaccine was pre-qualified by the WHO. A couple of weeks ago, the first African-made treatment for malaria was approved. A vaccine trial with modified malarial parasitesshowed promising results. Today might just be the best news of them all, with trial data from a malaria vaccine under development at Oxford promising to cut deaths by 70% by 2030. The trial, conducted in Burkina Faso, showed a 3+1 regimen resulting in 80% efficiency up to a year later. And unlike GSK, there ought to be no supply issues with this vaccine because Oxford has already tied up a production deal with India's Serum Institute for 200 million doses.
(The Lancet)

Hospital Rwanda. Rwanda has been at the forefront of a whole host of pharma initiatives lately. The African Union chose Rwanda as the HQ for the new African Medicines Agency. The African Development Bank chose Rwanda to host its pathbreaking new initiative: the African Pharmaceutical Technology Foundation. Rwanda is also hosting BioNTech's first vaccine manufacturing facility in Africa. Now comes news that Rwanda is one of the first 9 countries in sub-Saharan Africa to launch a pilot to test the efficacy of Paxlovid in treating Covid.
(New Times)

Mind the head. A recent report by Deloitte might just cause Indian corporates to finally pay attention to the mental health needs of employees. Because Deloitte says, poor mental health is causing employers in India to lose $14 billion annually.
(Deloitte)

Viva la revolución! Mexico might still be squabbling with Covax over supply of the Covid vaccine for niñas and niños in the country. But in big news for Cuba, Mexico has decided to buy 9 million doses of Cuba's Abdala vaccine to inoculate 3 million kids in the 5-11 age group. This is Cuba's second recent deal for its homegrown vaccines after a deal announced with Belarus last month.
(Mexico News Daily)

Waiter, there's a spore in my botox. Indian drugmakers might have been all the rage at the US FDA lately, what with the number of observations and forms of all manners issued. However, India is not alone. A recent Form 483 issued by the US regulator shows that a South Korean botox maker had spore contamination at its site in South Korea. This Form 483 was issued to Hugel after an inspection last year.
(US FDA)

R & D
Biomarkers against cancer. Researchers in the US have identified a metabolic signature that predicts outcomes and opens potential therapeutic targets for breast cancer.
(PLOS ONE)

A multipotentialite antiviral. In more bad news for mosquitoes, Sweden's TikoMed has published a new study that shows its lead candidate ILB can inhibit infection of human cells by dengue, zika and yellow fever viruses.
(bioRxiv)

La nuit est triste. Ever heard somebody say their aches and pains get really bad at night as they're trying to sleep? Research from France says the circadian clock helps explain this mystery.
(OUP)

The Kibble
AI, but not without humans. A study conducted in South Korea says users are more likely to adopt AI-enabled preventive health measures if the AI has a "human touch". Looks like we still have some use after all.
(Production and Operations Management)

Happy Indians. Indian drug makers have been getting the wrong end of the stick from the US FDA. So we thought it'd be good to share that two of them have good news. Dr Reddy's is launching generic Lenalidomide in the US, and so is Cipla. The drug is a generic of BMS' cancer drug Revlimid.
(The Economic Times, Business Line)

Head-banging the blues away. In Namibia, a gospel musician has launched a mental health music festival... to boost the mental health of all musicians in the country. Because their mental health was affected by Covid when they didn't get to perform.
(Namibia)

Awards? Or ideas? Our favourite inventor, James Dyson, has an annual award for tech-enabled inventions in his name. And this year's winners and contenders are quite the list. From a device to relieve itching from eczema to a reusable EpiPen to an at-home breast health monitoring tool to a pencil for autistic kids, this link has the potential to make a device maker billions.
(James Dyson Awards) 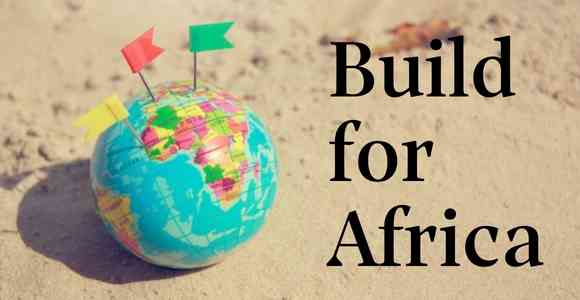 One of the consequences of the pandemic has been the resurgent awakening across Africa on the need to become self-sufficient when it comes to drugs. The African Development Bank and the Africa CDC have taken several steps to make Africa independent of wealthier nations. South Africa's Aspen's J&J Covid vaccine white-labelled venture may not have taken off. However, there has been a spate of recent pharma manufacturing tie-ups across the continent.

Aspen itself has signed a 10-year deal with Serum for several vaccines. Iceland's Rephaiah has partnered with Kamuzu University of Health Sciences (KUHeS) in Malawi in a $33 million deal to make vaccines, fluids, antibiotics and painkillers. Nigeria recently announced its intent to partner with Cuba on vaccine and drug manufacturing. The Nigerian Army Drugs Manufacturing Company has received €10.7 million from Carlson Pharma to co-manufacture generics and biosimilars at Nigeria's drug manufacturing park in Lagos.

All of this is excellent news. Given enough time, if there were another pandemic to hit us, we dare say Africa might just be better prepared than the rest of the world.

The bottom line
Surgery, my foot! Would you be willing to get your foot lopped off with no antibiotics or painkillers? We bet you won't. But scientists have discovered the world's oldest known surgery in a 31,000-year-old skeleton found in Borneo whose foot was amputated. We guess the painkiller of choice would have been cloth to bite down on.
(The Scientist)

Ally for equality. A recent UN report says without investment, gender equality will take nearly 300 years to achieve. Now there'll be people going "meh". But quite apart from the economic fallout, in life sciences especially, it is critical that we make gender equality REAL urgently.

But we're not gonna be around for 300 years more. Especially now that space researchers have discovered two planets that might be fit for human life. Send all the men there, we say. Elon Musk can be their president.
(UN)

Oh and, Gopal Nair doesn't want you to see this.